Let's Talk
We'll be in touch to start the conversation.
Let's Go Ahead
We'll get a freight quote together for your order and contact you.
Connect / News & Events 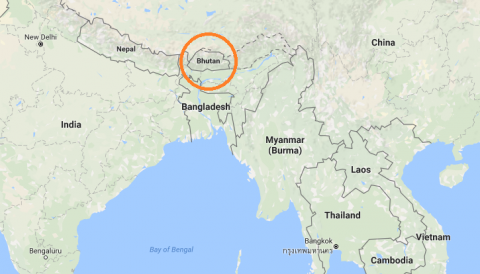 It all started on a Tuesday like any other, when a text message came to Rangate principal Greg Godbout's phone with a question- "If you had the challenge to build a high-performance window for a brand-new production, what kind of window would you build?". At this point, all we knew was the number was from Portland, Oregon. We didn't know it at the time, but it would be the beginning of one of the most ambitious and demanding projects Rangate had ever completed.

It wasn't until weeks later that we found out the factory wasn't in the Northwest at all- it was 7,000 miles away in the Bhutanese capital of Thimphu. While this was a challenge all on its own, it was also exciting- and we resolved to take it on.

The call was from the Karuna Foundation, a NGO dedicated to raising building standards across the globe. Their current focus was helping the nation of Bhutan develop their new Royal Law Center, the country's first dedicated law school and a vital project in democratic institution-building.

Rangate's reputation as the right people to speak to when setting up a new window or door production was behind their decision to reach out- and in the months to come, Rangate would go through its 4-step project management process with the Karuna Foundation and the Bhutanese nationals setting up the factory to ensure that the company lived up to that reputation.

2015 Rangate Euro Tour- One to Remember!